I'm so very happy (read: relieved) to say that Capo 1.2 for iOS has landed on the App Store. This update took far longer than I'd like, because it was really tough to get it right.

See, slowing audio properly requires a lot of CPU power. On a desktop...

You might not know that I had a student (Marie K.) working with me from May through August this year, and she was helping me keep on top of blogging and video production duties in addition to her core support responsibilities.

Just before the work...

In my iTunes dragging post from a while back, I described a method for handling iTunes song drags on the Dock.

Since iTunes 10.4 was released recently with Cocoa under the hood, I thought I should take a look at the dragging situation again. I wrote...

I've been moving more development over to Xcode 4, which I've been enjoying quite a bit since I started using it shortly after it was introduced last year.

Believe it or not, Capo for iOS was almost exclusively developed in Xcode 4. Unfortunately...

How I Survived My Last Few Fireballings

It's a running joke in the community that you shouldn't be running Wordpress if you plan on surviving a sudden spike in traffic to your site. Heck, I've even been the butt of that joke before.

(Pretend that I linked a tweet from @gruber here, where...

In this installment, I give you a look at how you can use Capo to transcribe solos quickly using the spectrogram.

Let's Celebrate the ADA win with a Sale!

We all know how great Capo is, right? For me, it's helped me figure out plenty of solos on my guitar, and a whole bunch of cool grooves on the drums. During WWDC last week, I spoke with a great deal of excited users that shared similar stories about...

This past week was incredible.

If you didn't already catch the news, Capo won an Apple Design Award, and I'm still coming down from that high. 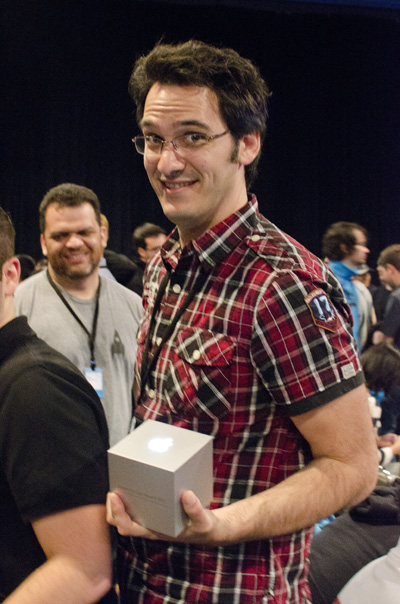 But even if I took that out of the equation, the week still rocked hard for me.